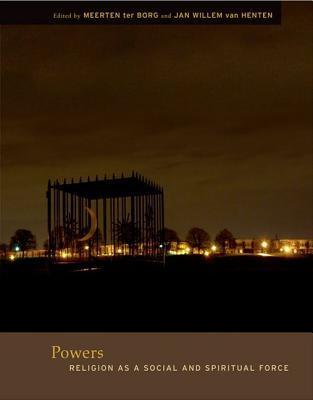 It carries forward the work of the series in bringing together scholars from many disciplines and countries to research forms of religion in a way unfettered by the idea that religion is solely or even primarily a matter of belief in specific tenets or intellectual systems--it is also a matter of multiple particulars in individual and social life, such as powers, things, gestures, and words.Dealing with the nexus of religion and power, the present volume radically undermines the idea that the political relevance of religion is a thing of the past.

Its essays treat power as a central aspect of religion on many levels, from that of macro-politics through the links between religion and nationhood to the level of personal empowerment or its obverse, disempowerment.Power and religion are both omnipresent in human action and interaction. There is no human act that does not include some kind of faith in a positive outcome and no deed in which power does not play some role.

People obviously can attempt to use religion as an instrument to enhance their power or improve their status, whether personally or at the level of the nationstate. Yet religion is in principle ambiguous in relation to power: It can disempower as well as empower, and it can even function as a critique of existing power relations. Moreover,there is the consolatory function of religion, offering ways of compensation, of healing, and of enduring feelings of powerlessness.Like the first volume in the series, Religion: Beyond a Concept, the essays in this volume strike a balance between broad analyses of the nature of religion and power in their modes of emergence today and specific case studies from anthropology, sociology, and the arts.

It is noteworthy for the breadth of the material it treats and its reach outside the Christian West, while not taking anything in that Western tradition for granted, given the astonishing changes of supposedly familiar religious phenomena we are viewing in the contemporary world.

Comments
Comments for "Powers: Religion as a Social and Spiritual Force":