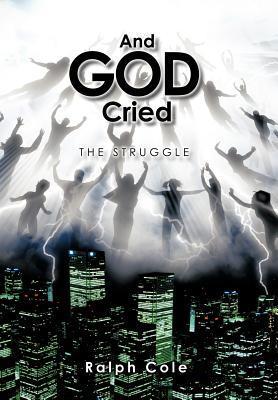 The encounters between Christ and Satan are well documented through the written scriptures and can be traced back centuries. Throughout the centuries we have experienced horrific events that resulted from the constant struggle between good and evil for the domination of mankind. In each of these cases we have seen tremendous losses to both sides and, yet, we tolerate the coexistence of both forces and suffer the same negative consequences time and time again. So it came to be that Christ and Satan forged a pact to end this madness with the winner eliminating the other forever!

The presence of the loser - either good or evil - would be completely wiped away and mankind, who had so many opportunities to determine their own fate, would incur the consequences. Their return to earth will lead each in separate directions in using their specific powers to be the victor! Jesus will cross paths with a couple in dire need of restoring their faith in god after a horrific encounter between their son and a mad man- a man who persevered through the devastating events of his childhood- an old man that personally challenges Jesus on the loss of his beloved wife and a minister that comes face to face with death and survives.

Satans path follows one of total destruction. He chooses to instill enough terror into everyone that they will turn to him in fear of what will happen to them should Jesus lose. Along the way he creates horrific events that will inflict thousands with a disease not seen in hundreds of years- destroys a national treasure- cold bloodily murders a world leader and utilizes the existing forces of evil to spread the word that he is walking among us. The Struggle is a roller coaster ride of emotions. At the end there will be only one standing and the worlds fate lies in the balance. The outcome will shock you and will change the future and destiny of mankind forever.

Comments
Comments for "And God Cried: The Struggle":